Parole : Around the World

She like that Jay shit, that's her favorite
If it's gon' get me the pussy I'ma play that shit
If she bite too hard, I'ma say that shit
But don't bite me bitch, I don't play that shit
Marques Houston, I don't play that shit
By the time we got halfway through watchin "Ray" I hit
I laid it down beat it up, let her go clean it up
Take a five minute nap, wake up and eat it, what
The it's part two, in the sauna
Feel like I'm fuckin Mary J. cause she don't want, +No Drama+
I'd rather take yo' ass to the Bahamas
Then give you 30 thousand a month like Diddy baby mama

[The Game]
Picture me thuggin, picture me lovin you
Like Bobby love Whitney now picture me fuckin
Pullin your ponytail smackin you on the ass
Tellin you how (I can take you all around the world)
That nigga can't do it like this
Even Beyonce couldn't move it like this
She only fuck with +Soldiers+, that's her shit
I hate to admit it but I love my bitch
So much, I'm sittin outside in the Benz
Thinkin back to Dre's house when I fucked her best friend
The pussy wasn't nothin; now I'm dealin
With +The Diary of a Mad Black Woman+ with Louis Vuitton luggage
She told me she was tired of The Game and rap
Quit like Ma$e then she came right back
I told you the bitch sex was wack
And you're all I need, even Jamie know that

[The Game]
You know what they say, more money more problems more drama
Means more marijuana and less baby mama
You know I love you like I love my shoes
But even white Air Force Ones come in twos
Yeah, I like her, and I like you too
What's wrong? She my bitch and you my boo
She got a Range Rover Sport, you got a Bentley Coupe
She take my clothes to the cleaners, you take Harlem to school
I gave you your Burkin bags, so I made a mistake
And Oprah don't fuck with them no more anyway
I'm sorry for the bullshit I put you through
But I ain't goin nowhere, I got a kid wit'chu
Why we always gotta argue about Superhead's book?
She sucked my dick with a condom on, after that I shook
And when she start talkin 'bout buyin a ring
I just turn the volume up and let Jamie Foxx sing 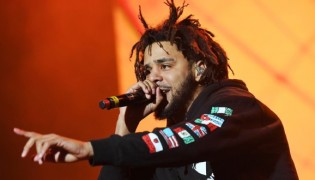 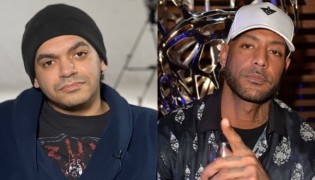 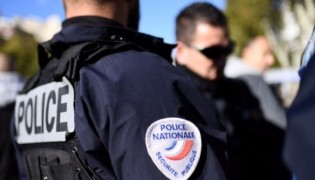